Which is the better pun: ‘turmite’ or ‘cellular antomata’? I couldn’t decide, so the title has both …

This semester, I’m taking a course on artificial life which has us programming some neat things. Recently, I completed a programming assignment to generate turmites. The best part about that programming assignment was a section that had us generate random rules for the turmite’s behaviour and classifying them in terms of wolfram’s four classes of cellular ant-omata. Being the glitch art lover that I am, I was pretty interested with the outcome of some of the ants. A lot of them looked dumb, like this one: 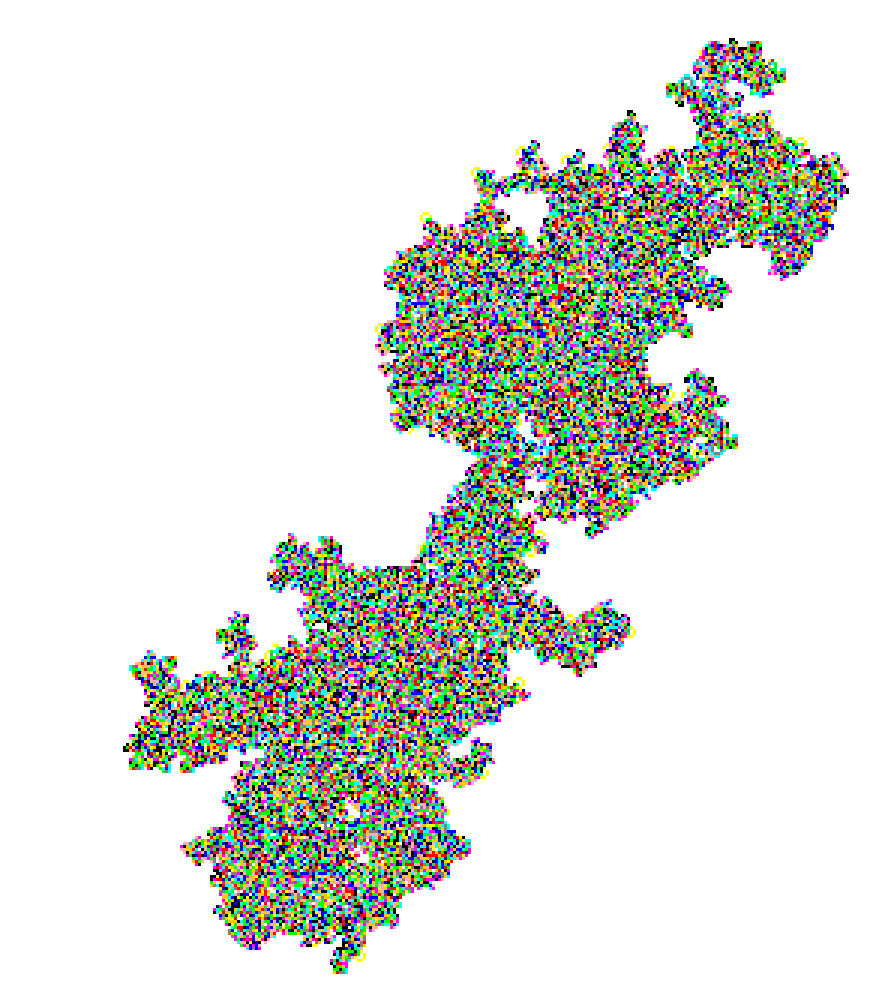 But a lot of them were super cool, like this one, which kind of looks like an Escher drawing: 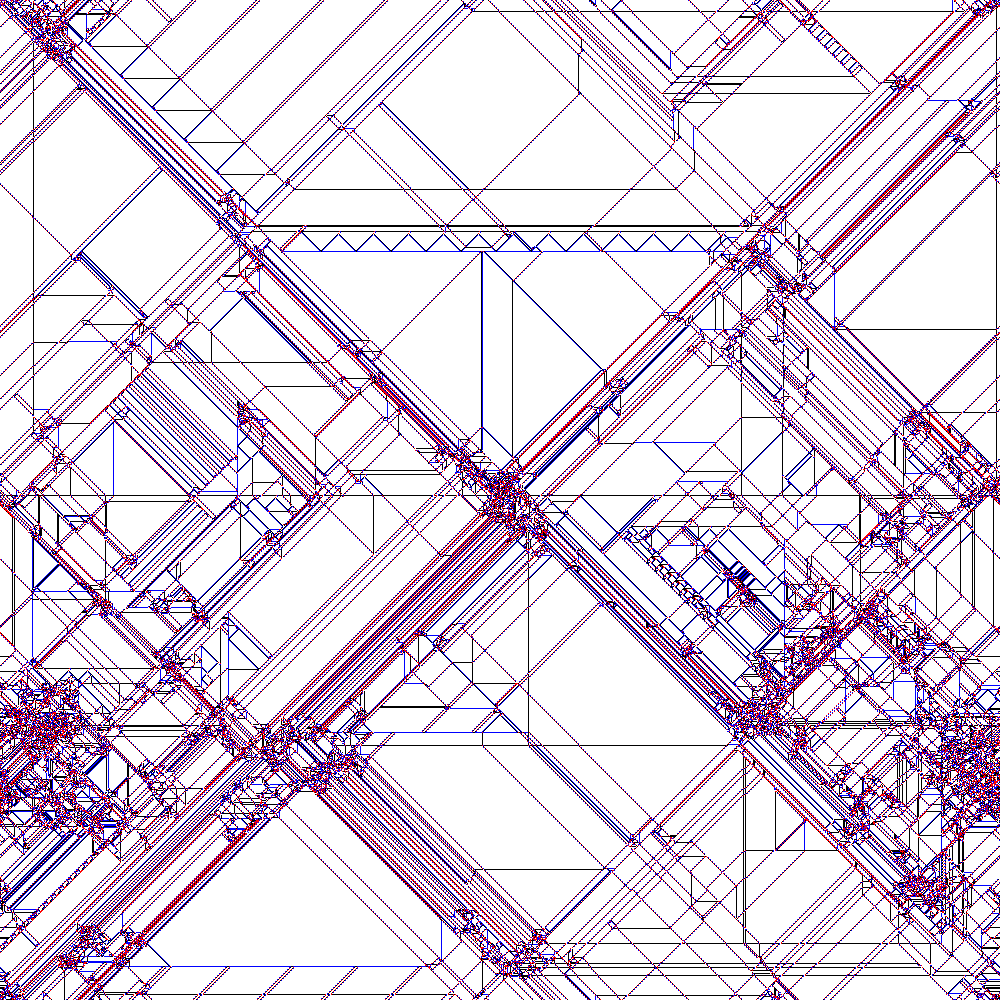 Or this one, which I’ve named “You shall not pass”: 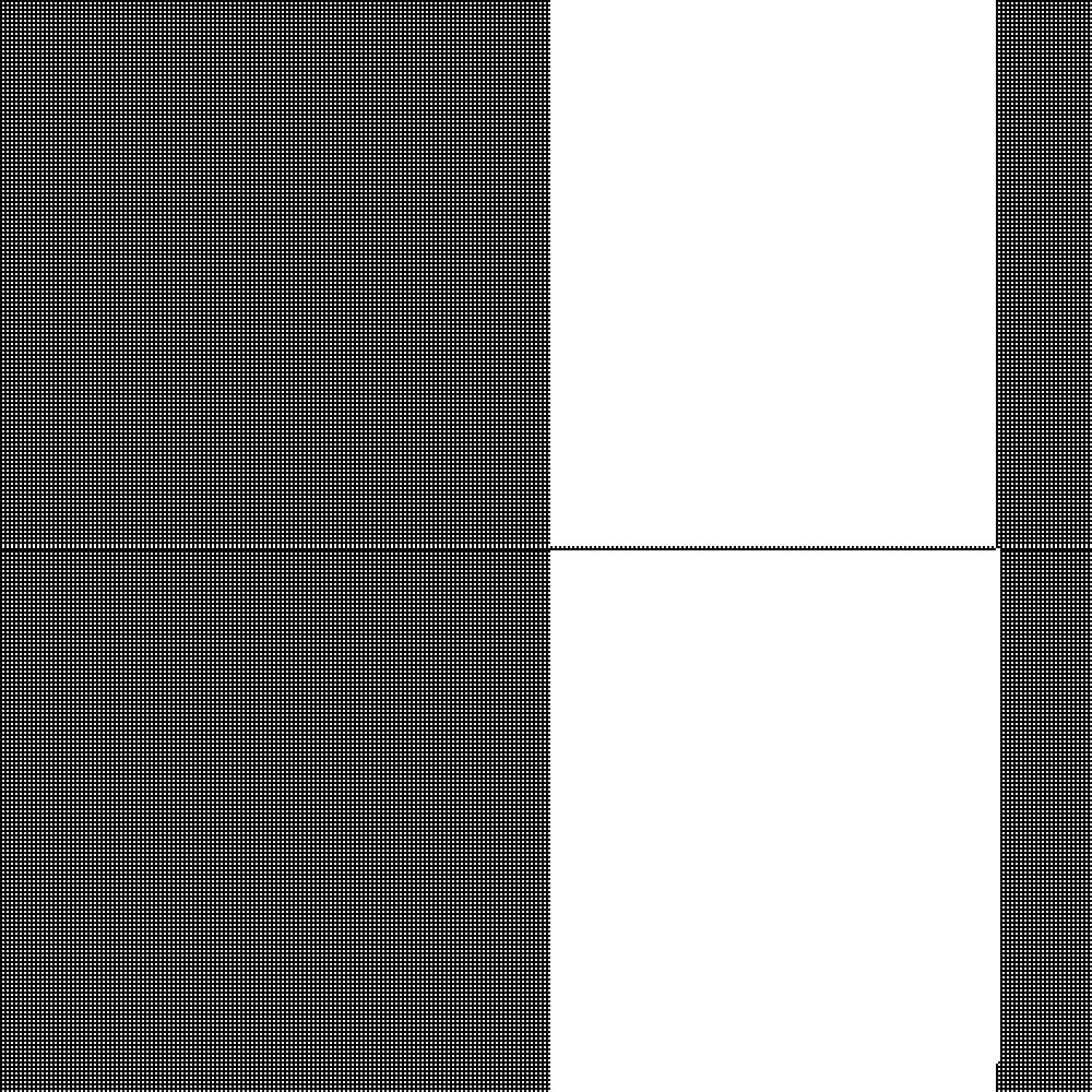 I might have spent just as much time generating and sorting through the generated images as I did writing the code to generate them. In this post, I mainly just want to take about the code.

A lot of the code for displaying and saving images in Java was provided for us. The code I contributed was the turmite object and the algorithms for running based on a ruleset and a way to generate random rulesets.

We first started off with things every turmite needs:

There are also some extra variables for image-related things like the actual image, default color, grid size, etc.

The constructor is straightforward:

And the actual algorithm, save for the turning and movement logic, a pretty straightforward task:

Then, it is only when our client code creates a new object does the magic happen:

And that creates Langton’s ant! The rule array here is simple. Because a combination of state and color causes the ant to color the square, change state, and change turning direction, we need to have |colors| * |states| amount of rules - one rule per color/state pair.

The array just cleans up the process a little bit. For each subarray, the index …

But the fun is in generating new rulesets. To generate a ruleset:

And that’s it! There was also some code to generate images, save images, and output a list of rulesets to a text file (for later enjoyment), as well as some more logic for making the turmite move correctly. But at the core, we’re just working with a simple algorithm, a simple way to store rules, and a simple way to generate them. And we get a lot of neat pictures out of it all!

The code, and some more explanations, are available here. Check it out if you want, or not if this was enough Java for you (I can’t blame you…). Overall, a pretty fun assignment, and even more fun results!